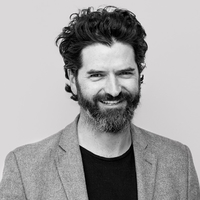 A Melbourne native, Josh held various animation and VFX roles in London and Sydney before joining Iloura, now Method Studios, in 2004. Since then, he’s led many large-scale features for the studio, including “The SpongeBob Movie: Sponge Out of Water,” “Gods of Egypt,” “Ghostbusters,” “Underworld: Blood Wars,” “John Wick: Chapter 2,” “The Ballad of Buster Scruggs” and “Aquaman,” as well as independent productions including “The Boy” and “Judy and Punch,” for which he served as on-set VFX supervisor. He was also instrumental in the creation of the loot train battle sequence in “The Spoils of War” episode of “Game of Thrones,” which earned him an Australian Academy of Cinema and Television Arts Award for Best Visual Effects. Most recently, Josh served as VFX Supervisor for Method’s work on “IT Chapter Two.” His current projects include “Downhill,” “Peter Rabbit 2: The Runaway” and “The Conjuring 3.”
Presentations
Featured Sessions
Shaping Shocking Moments for “IT Chapter Two”