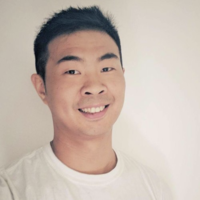 Biography
Xavier contributes at the CSIRO's Data61 in Australia as a software crafter, focusing on real-time data visualisation, creative coding, and interaction design. His work spans across multiple scientific research areas, including Smoke and Fire, Transport Logistics (TraNSIT), and StellarGraph. In November 2019, he obtained his PhD at The University of Sydney in games studies and data visualisation, with a living project Roguelike Universe that seeks to connect the dots.

His interest in the demoscene is new school, influenced by new technology like projectors, audio synthesis, and computer graphics on the web. He collaborated on game jam projects like Golden Fleece, and worked with an audio-visual production installation at Vivid Sydney. He is currently hitting up books and resources around physically-based rendering to go deeper into the graphics rabbit hole.

Xavier chairs the Poster Track for the International Conference on Game Jams, Hackathons, and Game Creation Events in Osaka, Japan in 2020. He previously chaired the Poster Track for the Foundation of Digital Games in 2019. He also gave 2 intro to WebGL courses with Juan de Joya at SIGGRAPH and SIGGRAPH Asia in 2017 and 2018.
Presentations
Demoscene Talk
The Emergence of the Demoscene: Ziggy