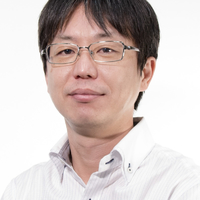 Biography
Tomohiro Amemiya is an associate professor in the Graduate School of Information Science and Technology, the University of Tokyo, Japan. He received B.S. and M.S. degrees in mechano-informatics from the University of Tokyo, in 2002 and 2004. From 2004 to 2019, he was a research scientist at NTT Communication Science Laboratories, Japan. He was also an honorary research associate at the Institute of Cognitive Neuroscience, University College London, UK in 2014-2015, concurrently. He received a Ph.D. in Information Science and Technology from Osaka University, Japan, in 2008. His research interests include haptic perception, tactile neural systems, VR, and assistive technologies.
Presentations
Emerging Technologies
Emerging Technologies Presentations
TwinCam Go: Proposal of Vehicle-Ride Sensation Sharing with Stereoscopic 3D Visual Perception and Vibro-Vestibular Feedback for Immersive Remote Collaboration