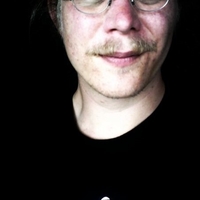 Biography
Dan has taken a keen interest in computer graphics since his first glimpse of some creative educational games on a BBC Micro in the school library during his early primary school years in the late 80s, and seeing friends typing in games in Basic on their C64’s! This interest developed into a passion which ultimately landed Dan a position at VFX company Rising Sun Pictures, where Dan has worked for 17 years since early 2002. Starting out with Renderman shader programming and effects in Maya. Dan enthusiastically transitioned to Houdini in 2006 and using Houdini, finalled many major effects tasks on big films. Dan made significant (mostly python) programming contributions to the Houdini pipeline at RSP, becoming a respected developer for the Effects department. Dan has also become a key instructor for Houdini in the RSP Education programme on the side. All of this time Dan has been exploring creative graphics and graphics coding in his spare time, including an enormous catalogue of 2d fractal images made using UltraFractal (see UltraIterator Blog) and explorations into Reaction Diffusion (see Dan Wills’ Youtube). More recently 3d simulations and renderings using Houdini, and dabbling with glsl shader programming on Android.
Presentations
Demoscene Talk
The Emergence of the Demoscene: Ziggy