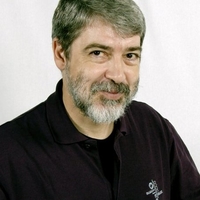 Biography
Alain Chesnais started off his career in computer graphics working in such companies as Alia|wavefront where he led the Maya development. From 2002 through 2005 he served as ACM SIGGRAPH President. His team received a Technical Academy Award in 2003 for the creation of Maya. In 2010 he was elected ACM President and founded TrendSpottr where he developed predictive analytics for social media that could predict how much total traffic viral content would engender. Alain has continued in this field since and currently is the founder of Primo Monitum, where, by analyzing the traffic patterns of shared content on social media, the company delivers recommendations to help users find the most interesting content available. One of the most difficult issues the company deals with is detecting fakes and scams.
Presentations
ACM SIGGRAPH Frontiers Workshop
ACM SIGGRAPH Frontiers Workshop on Truth in Graphics and the Future of AI-Generated Content