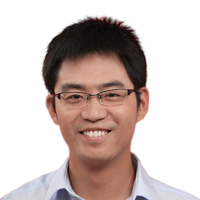 Biography
Boxin Shi received the BE degree from the Beijing University of Posts and Telecommunications (BUPT), the ME degree from Peking University (PKU), and the PhD degree from the University of Tokyo, in 2007, 2010, and 2013. He is currently a Boya Young Fellow Assistant Professor and Research Professor at PKU, where he leads the Camera Intelligence Group. Before joining PKU, he did postdoctoral research with MIT Media Lab, Singapore University of Technology and Design, Nanyang Technological University from 2013 to 2016, and worked as a researcher in the National Institute of Advanced Industrial Science and Technology from 2016 to 2017.
Presentations
Course
Data-driven Photometric 3D Modeling