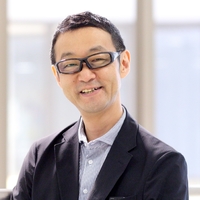 Biography
Toshikazu Ohshima has been a professor at Ritsumeikan University since 2006. In 1991, he received a Doctorate from University of Tsukuba and joined Canon Inc., where he worked on the research of virtual reality. From 1997, he worked as a senior researcher in a national research project on mixed reality (MR) and began serving as a section chief at the MR division in Canon Inc. from 2001. His research interests include MR technologies and its deployment in education, medicine, and arts. Since 2006, he has created technological and educational artworks based on scientific and biological simulations utilizing the MR experience.
Presentations
Art Gallery
Tactile Microcosm of ALife