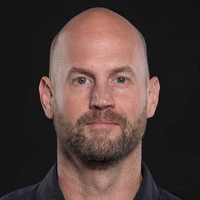 Biography
Mike has been working in visual effects for 20 years. He spent three years as Lead Animator on multiple sequences on Avatar and went on to supervise the extended edition of the film. He worked as a Senior Animator on the first two films in Hobbit trilogy before moving into the role of Animation Supervisor on The Hobbit: The Battle of the Five Armies. In between The Hobbit films, he was Animation Supervisor on Prometheus and The Wolverine. Mike’s most recent work as Animation Supervisor has been Pete’s Dragon, Avatar: Flight of Passage and Alita: Battle Angel.
Presentations
Technical Briefs
Interactive editing of performance-based facial animation