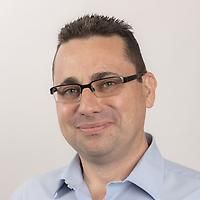 Biography
Stephen Palmisano is internationally recognised as an expert on self-motion perception and vection (i.e., the illusion of self-motion). Over the last 20 years he has shown that stereoscopic motion, changes in optical size, viewpoint jitter and eye-movements all play important roles in vection. Stephen is also well known for his research on stereoscopic depth perception, postural control when standing, and motion sickness. In the last decade he has focussed this expertise into his research on simulation and virtual reality (including his studies on simulation based mines rescue training and cybersickness from head-mounted displays).
Presentations
Poster
Posters Gallery
[Virtual Reality, Augmented Reality, and Mixed Reality] Method for estimating display lag in the Oculus Rift S and CV1