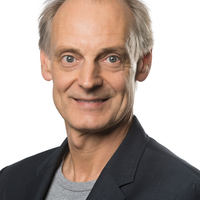 Biography
Thorsten Herfet is full university professor at the Saarland Informatics Campus, Germany. Prior to his appointment (2004) he has been with Grundig AG and Intel Corp.
In his carrier Thorsten published more than 150 papers, holds more than 15 patents and has led several large scale collaborative research projects. He served as the Dean for Mathematics and Computer Science 2006-2008, as the University's Vice President Research and Technology Transfer 2014-2017 and as the Director of Research and Operations of the Intel Visual Computing Institute 2009-2017.
Thorsten’s research is on Cyber-Physical Networking, Latency and Resilience-Aware Streaming, Computational Videography and High Mobility.
Presentations
Technical Briefs
The Potential of Light Fields in Media Productions