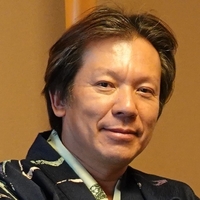 Biography
Dr. Shigeo Morishima received B.S., M.S. and Ph.D. degrees in Electrical Engineering from University of Tokyo in 1982, 1984, and 1987, respectively. Currently, he is a professor of School of Advanced Science and Engineering, Waseda University. His research interests include Computer Graphics, Computer Vision and Human Computer Interaction. He is a trustee of Japanese Academy of Facial Studies and a fellow of the Institute of Image Electronics Engineers of Japan. He was a general chair of ACM VRST 2018 and was VR/AR adviser of SIGGRAPH ASIA 2018. His paper was nominated as a best paper award finalist of CVPR 2019.
Presentations
Technical Briefs
Real-time Rendering of Layered Materials with Anisotropic Normal Distributions