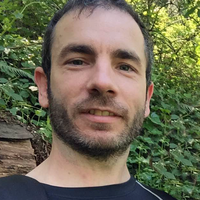 Biography
Inigo self taught CG through the Demoscene and worked in industrial VR in the mid 2000s. Then he joined Pixar as a Technical Artists of procedural vegetation and landscapes, winning a VES award for his production work in "Brave". Inigo then joined the Oculus as VFX Supervisor of VR short films, created the VR animation tool "Quill" and became its Product Manager. Inigo has written 100+ free articles on computer graphics in his website, and is also the co-founder of the computer graphics social platform Shadertoy, to which he has contributed more than 400 shaders.
Presentations
Keynote Sessions
Why Do I Create Images with Mathematics - A Journey of Innovating in Tech