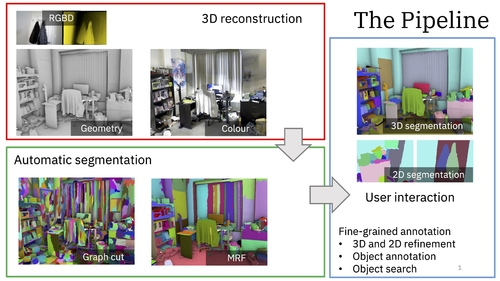 LocationMezzanine Meeting Room M1
DescriptionCapturing, reconstructing, and annotating 3D scenes from real world are often known as daunting tasks in preparing a high-quality dataset for 3D scene understanding despite recent advances in color and depth sensors. In contrast to 2D image datasets which have been readily and widely available, 3D scene mesh datasets for training and testing robotics algorithms have been scarce since creating such datasets often requires huge efforts in building a robust 3D scene reconstruction and annotation pipeline.

This tutorial aims to equip its audience with general knowledge about the state-of-the-art approaches in 3D scene reconstruction and annotation, as well as the technical and implementation knowledge about how to build a complete pipeline to reconstruct and annotate 3D scenes. Several topics for building the pipeline will be extensively discussed, including data capturing, real-time and offline reconstruction, automatic and interactive annotation, quality control and benchmarking metrics. A WebGL annotation tool for 3D scene segmentation will also be demonstrated during the tutorial. Finally, as an application of the annotated scene data, we will discuss the state-of-the-art techniques in 3D deep learning, particularly in deep learning for 3D point clouds.
Moderator 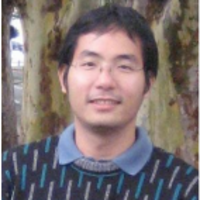