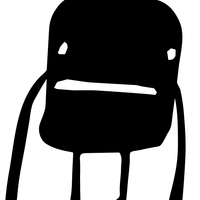 Biography
Helmed by directors Derek Picken, Niklas Rissler, and Kevin Grady, AgainstAllOdds is a collective of designers, directors and animators based in Stockholm, working together to create compelling stories and bring them to life with animation. They dabble in many forms of communicative expression but the core of the studio thrives on character-based storytelling.

In 2015 they directed the Spanish national lottery's film – whose lovable ‘Justino’ character took the world by storm and picked up the Grand Prix at Cannes in 2016. Most recently, they directed an explosive trailer and titles for the BBC’s Rio Olympics coverage.
Presentations
Computer Animation Festival - Electronic Theater
The Gift