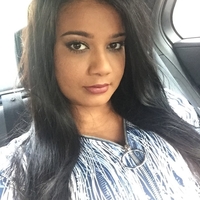 Biography
Noelle Martin is an activist and law reform campaigner fighting for justice in Australia and globally against image-based sexual abuse, online misogyny and the weaponisation of deepfakes. Noelle has survived around 7 years of escalating online abuse after anonymous sexual predators doctored images of her into pornography and distributed it online without consent. After speaking out publicly and advocating for law reform across Australia, Noelle was involved in the efforts to criminalise the non-consensual sharing of intimate images across Australia. Despite her efforts, the perpetrators have continued the abuse and distributed fake pornographic videos of her. Noelle is advocating for a global response to this global issue, and speaks out against the objectification and dehumanisation of women, victim blaming and slut shaming attitudes. She was awarded Young Western Australian of the Year for 2019 and was listed on Forbes 30 Under 30 Asia List, Class of 2019.
Presentations
ACM SIGGRAPH Frontiers Workshop
ACM SIGGRAPH Frontiers Workshop on Truth in Graphics and the Future of AI-Generated Content