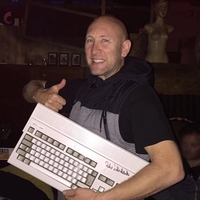 Biography
Greg Newton identified his creative Graphic design talents throughout his teenage years in the early 90s that initially evolved from the demoscene. Greg then went on to run two successful Graphic and digital media studios (Pixel image artworks and Avision interactive) in his early 20s and since then has ran companies with his current success being Avisa Australia that involves sourcing IT talents around the world to come and work in Australia. Greg was also marketing director for Victoria University for several years with the launch of VU's Sydney campus that led Greg to travel the world and promote their Higher ed programs in Computer science.
Presentations
Demoscene Talk
The Emergence of the Demoscene: Ziggy