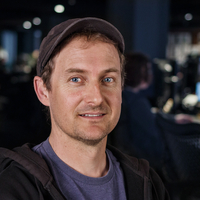 Biography
Simon Rippingale is an animation director based in Sydney, Australia. His work was nominated for three AACTA awards, twice for short animation and once for visual effects, winning the 2014 AACTA award for best short animation. Simon was a finalist at the Sydney Film Festival and has also won a Gold award at the AEAF awards, Best Animation at The Blue Mountains Film Festival and Silver Award at the App design Awards. Simon is currently a Phd candidate at the UTS Animal Logic Academy - where he was awarded UTS’s Faculty of Engineering and IT research excellence award in 2018.
Presentations
Art Papers
Art Talks
Hybrid Animation production and the Dream of Flight.