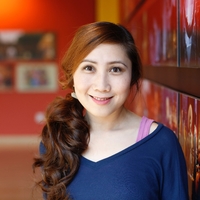 Biography
Renee Tam first joined Pixar Animation Studios in 2006 as a shading technical director on Disney•Pixar’s Academy Award®-winning feature film “WALL•E”. She also worked on the stereo development team to help figure out the stereo pipeline for Pixar. She then transitioned to roles as both rendering and lightspeed technical director on “Toy Story 3”, “Brave”, “Monsters University”, “The Good Dinosaur”, “Finding Dory”, “Coco”, and "Incredibles 2", she has also worked on many Pixar shorts. She has led the lightspeed teams for "The Good Dinosaur" and “Coco.” Tam's most recent role is lightspeed lead on the new Pixar's movie "Onward". As the lightspeed lead, Tam oversees a group of lightspeed technical directors, the lighting team and works with other department leads, tools and research to resolve any technical issues that present themselves during production. She also focuses on assisting the lighting and rendering department to make sure the tools and pipeline are efficient and without technical problems.
Presentations
Featured Sessions
Making of Pixar's Onward