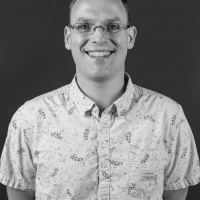 Biography
Charles Gretton is a Senior Lecturer convening the TechLauncher program at the Australian National University. From June 2015, he was a founder at HIVERY, and in 2017 also a Catalyst in Residence at the Michael Crouch Innovation Centre at the Univeristy of New South Wales. Working with industry, he developed data-driven systems that optimize by creating retail-AI technologies which coupled industrial optimisation with machine learning. From August of 2011 Charles was at the NICTA (then Data61) Canberra lab and part of CECS at ANU in Canberra. He was working at the intersection of Artificial Intelligence and Operations Research on solutions to fleet logistics problems. Before that, he was a research fellow with the Intelligent Robotics Lab at the University of Birmingham 2008-2011; There he worked on a project investigating cognitive robots that can self-understand and self-extend.
Presentations
Art Papers
Art Talks
Dream Clanger