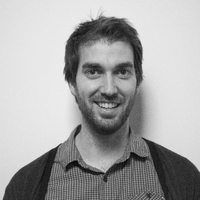 Biography
Nick is one of the industry’s finest creature and character animators, with a diverse portfolio that ranges from anthropomorphic stuffed animals to photoreal cavalry and digital humans. As the head of Method Studios’ Animation Department, he supervises teams of artists across various disciplines and projects, and relishes in extraordinary challenges. His recent credits include the creation of the Stanley spider head, Kersh witch and Paul Bunyan statue in “IT Chapter Two;” aliens Luca and Pawny in “Men in Black: International;” Mera digital doubles and Black Manta animations in “Aquaman;” and the complex albino rhino sequence in “Jumanji: Welcome to the Jungle.”

Nick began his career in visual effects as an animator at Iloura, now Method Studios, in 2008, and worked his way up the ranks, honing his skillset on projects such as “Mad Max: Fury Road,” which was nominated for the Best VFX Oscar; “Ted;” and “Ghostbusters.” Upon moving into a leadership role, Nick has continued to lead his teams to success, earning a 2017 Annie Award nomination for Outstanding Character Animation in a Live Action Production for his digital horse and soldier work on the Emmy Award-winning “Battle of the Bastards” episode of “Game of Thrones.”
Presentations
Featured Sessions
Shaping Shocking Moments for “IT Chapter Two”