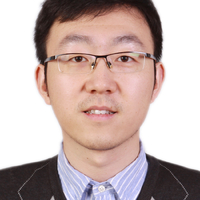 Biography
Dong Liu received the B.S. and Ph.D. degrees in electrical engineering from the University of Science and Technology of China (USTC), Hefei, China, in 2004 and 2009, respectively. He was a Member of Research Staff with Nokia Research Center, Beijing, China, from 2009 to 2012. He joined USTC as an Associate Professor in 2012. He had visited Microsoft Research Asia from July 2005 to July 2008, and from December 2015 to August 2016. His research interests include image and video coding, multimedia signal processing, and multimedia data mining.
Presentations
Poster
Posters Gallery
[Imaging & Rendering] Computational Spectral-Depth Imaging with a Compact System