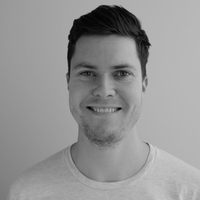 Biography
Alex is an effects mastermind who’s aptly skilled at spearheading the creation of realistic digital phenomena, from collapsing structures and dragon-breathed fire to a crushing mountain of dirt, rippling sand or exploding Legos. With a keen eye for subtle detail, he’s charged with realizing some of the most impactful and memorable moments of a project, and his talents ensure final shots are both action-packed and believable to fully resonate with audiences.

Alex has been an integral part of the Method Studios team since August 2016, where his work includes “Game of Thrones” episode “The Spoils of War,” for which he helped craft the loot train battle sequence; “Tomb Raider;” “Jumanji: Welcome the Jungle;” “Aquaman” and “IT Chapter Two.” A passionate storyteller who enjoys visually pushing the envelope, he got his start in visual effects as an FX artist working on video game cut assets and cinematics. From there, he fine-tuned his abilities across simulations, particles and volumetrics, working on projects for Sony Pictures Imageworks and Animal Logic, among others.
Presentations
Featured Sessions
Shaping Shocking Moments for “IT Chapter Two”