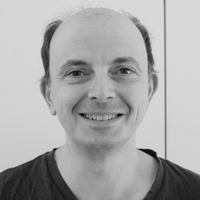 Biography
Anthony Steed is Head of the Virtual Environments and Computer Graphics group at University College London. He has over 25 years' experience in developing virtual reality and other forms of novel user interface system. He has long been interested in creating effective immersive experiences. While originally most of his work considered the engineering of displays and software, more recently it has focussed on user engagement in virtual reality, embodied cognition and the general problem of how to create more effective experiences through careful design of the immersive interface. He received the IEEE VGTC's 2016 Virtual Reality Technical Achievement Award.
Presentations
Featured Sessions
The Cyber Security Challenges for Next-Generation Mixed-Reality