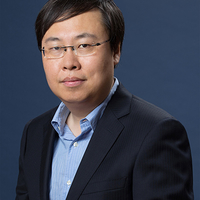 Biography
Weiming Dong is a Professor in the Sino-European Lab in Computer Science, Automation and Applied Mathematics (LIAMA) and National Laboratory of Pattern Recognition (NLPR) at Institute of Automation, Chinese Academy of Sciences. He received the BEng and MEng degrees in Computer Science in 2001 and 2004, both from Tsinghua University, China. He received the PhD degree in information technology from the University of Lorraine, France, in 2007. His research interests include visual media synthesis and image recognition. Weiming Dong is a member of the ACM and IEEE.
Presentations
Poster
Posters Gallery
[Image & Video Processing] Balance-Based Photo Posting