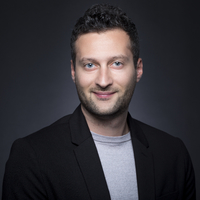 Biography
Sean Fanello is a Research Scientist and Manager at Google where he leads the Volumetric Capture efforts. He obtained his PhD in Robotics at the Italian Institute of Technology and University of Genoa in 2014. Previously he was a Senior Scientist at perceptiveIO and he also spent 3 years at Microsoft Research working on Hololens and Holoportation - the first real-time 3D telepresence system for augmented and virtual reality.
Presentations
XR Presentations
AR-ia: Volumetric Opera for Mobile Augmented Reality