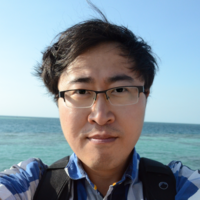 Biography
Ke did a PhD in computer science in Département d’informatique, Université de Genève in Switzerland. From 2016 to 2017, he was a postdoc in École Polytechnique in Paris and then in King Abdullah University of Science and Technology in Saudi Arabia. Since 2018, he is a machine learning researcher in Data61 in Sydney. In 2017, Ke received the “Prix de l’excellence de l’UNIGE” from University of Geneva.
Presentations
Poster
Posters Gallery
[Visualization] Non-Euclidean Embeddings for Graph Analytics and Visualisation