LocationGreat Hall 1&2
DescriptionWhat exactly makes Kinky Kitchen special? We live in a time where sexuality is no longer a strong taboo, but is still treated cautiously. Since in our film we depict sexuality as something quite normal by simply driving the camera past funny protagonists, the confrontation becomes a pleasure for everyone.

We are happy and proud that Kinky Kitchen did not only cause lustful glances from us, but also gets attention from people all over the world. An excerpt of the festivals that featured Kinky Kitchen so far underlines this:

What makes Kinky Kitchen special is the gimmick with the expectations of the audience. What do you expect when you hear sexual noises? Since everything takes place in a colorful and plastic-like world, it seems all the more irritating to listen to explicit noises. It is interesting to observe the audience's reaction to the film's breakdown. It is important to us that the structure of the trailers plays with this concept of society. The expectation of the sexual action builds up and is told by the simple camera work in a plot twist, as a casualness. The camera simply pans past the event without stopping, influencing the story or taking a judgmental stance. For our director Bea, film has always been a powerful instrument and a large and important part of her work as a medium for depicting sexuality in public space. Our wish is to portray sexuality as something normal in the real world and thus to train the acceptance of society.
Contributor 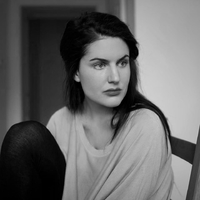