LocationGreat Hall 1&2
DescriptionTwo things immediately stand out when watching the student film Ratatoskr:
the high production quality of its characters and the complexity of its
environment. From the upper, bright layer of the world-tree of Yggdrasil,
to the darker, cave-like lower layer, each set of this film is overflowing
with details in every nook and cranny. The environment became a character
in and of itself during production, being planned out carefully to make
only specific areas visible in an effort to tackle the enormous complexity
of our Maya scenes once set-dressing had started.

So how did we tackle this important part of the storytelling? Our approach
was to split out the set-dressing into several Maya scenes and use Maya's
paint effects. After having first created a big asset library of plants, we
realized that they would not work as well as we had hoped, and that we
would need something that would grow around the tree-trunks more
organically - some procedural generated vegetation, that takes the actual
surface and the underlying normal orientation into account. A bunch of
bespoke plant presets, pipeline scripts and automations helped us to paint
directly on the high-poly surfaces of the tree trunks, convert everything
to polygons, handle UVs, and finally write out a geometry cache. Using this
approach, every member of the team was capable of creating environments by
themselves, which was a huge time-saver and productivity-booster for us.
Everything was assembled via a scenegraph-XML file (which saved world space
position and references to all of the scene elements) that was later parsed
into Katana to assemble the individual cached assets together.

In summary, it is fair to say that Katana, and our shotgun-based pipeline,
were the most important pillars for accomplishing a high production quality
throughout the film.
Contributor 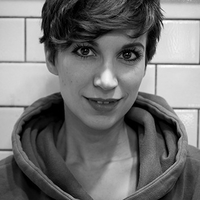